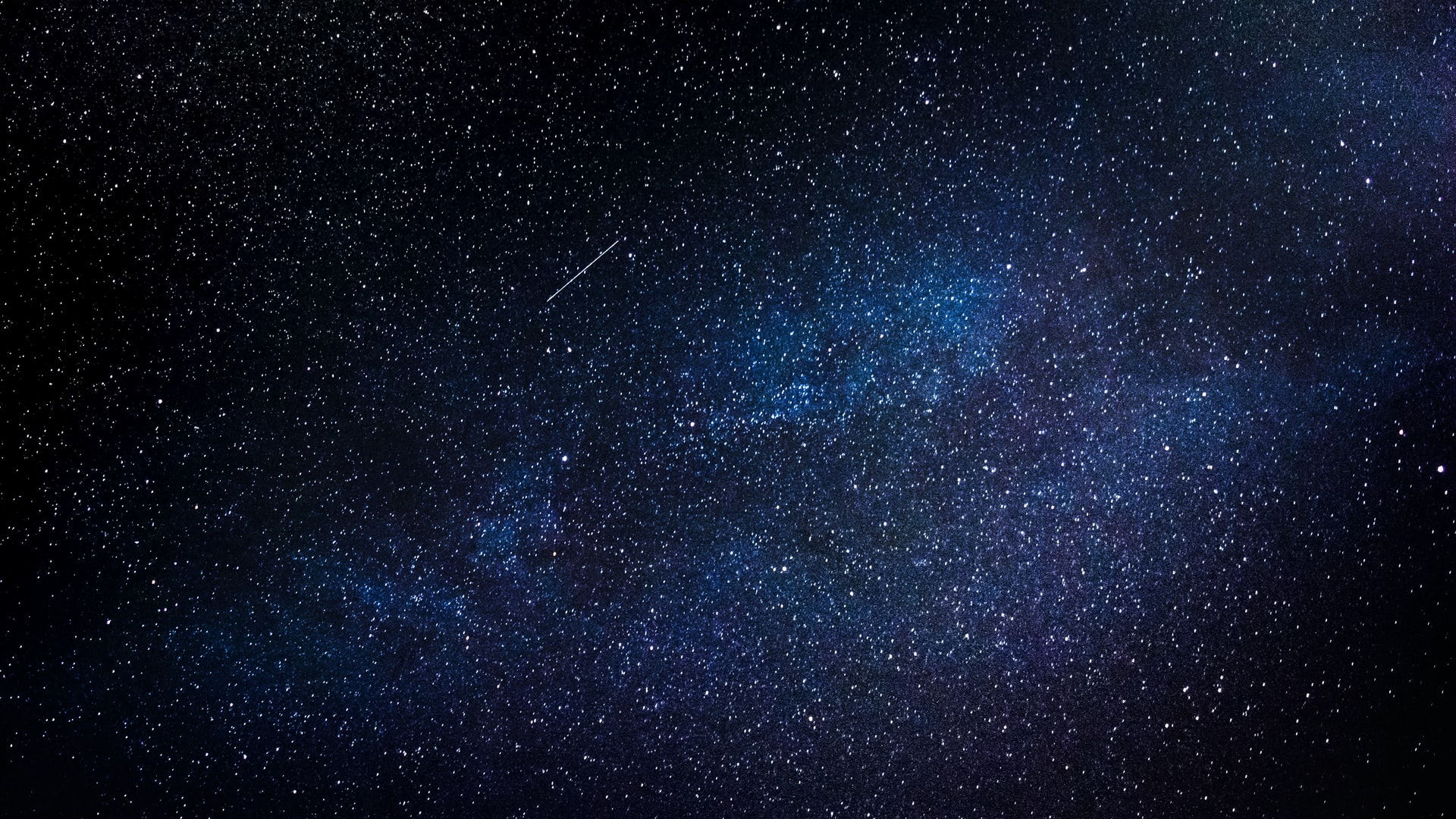 Photo by Federico Beccari on Unsplash

NASA estimates that the Milky Way galaxy contains between 100 to 400 billion stars. A mind-blowing large number of stars and solar systems, and also a stunning sight from planet earth on a clear night.

Many organizations face challenges involving star-sized datasets, even orders of magnitude larger. AI-powered representations of unstructured data like image, text, and video have enabled search applications we could not foresee just a few years ago. For example, in a previous blog post, we covered vision and video search applications using AI-powered vector representations.

This blog series looks at how to represent and search billion-scale vector datasets using Vespa, and we cover many of the mentioned trade-offs.

In this first post we look at compact binary-coded vector representations which can reduce storage and computational complexity of both exact and approximate nearest neighbor search. For those that are new to Vespa we can recommend reading the Vespa overview and the Vespa quick start guide before diving into this post.

Many successful text retrieval systems use supervised representation learning to transform text queries and documents into continuous high-dimensional real-valued vector representations. Query and document similarity, or relevancy, is reduced to a vector distance metric in the representational vector space. To efficiently retrieve from large collection of documents, one can turn to approximate nearest neighbor search algorithms instead of exact nearest neighbor search. See for example the
pre-trained transformer language models for search blog post for an introduction to state-of-the-art text retrieval using dense vector representations. 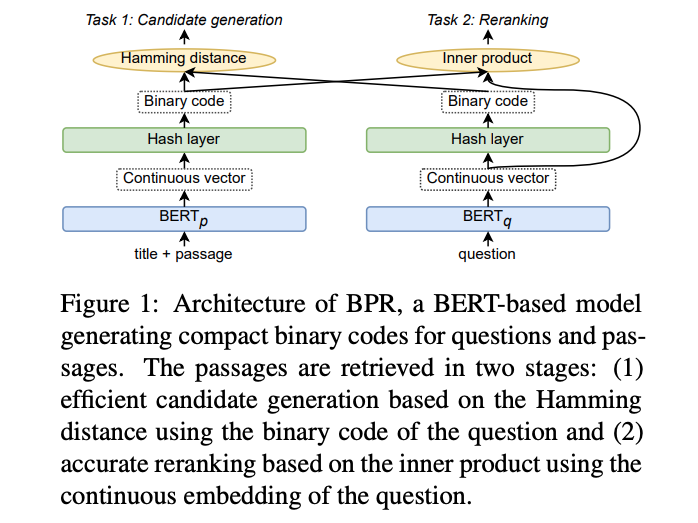 To represent binary-coded vectors in Vespa, one should use first-order tensors with the int8 tensor cell precision type. For example, to represent a 128-bit code using Vespa tensors, one can use a 16-dimensional dense (indexed) tensor using int8 value type (16*8 = 128 bits). The Vespa document schema below defines a numeric id field of type int, representing the vector document id in addition to the binary-coded vector using a dense first-order tensor. The b denotes the tensor dimension name, and finally, [16] denotes the dimensionality.

The above hexadecimal string representation can be fed to Vespa using the Vespa JSON feed format.

Indexing in Vespa is real-time and documents become searchable within single digit millisecond latency at high throughput. The JSON feed files can be indexed with high throughput using the Vespa feed client.

Dense first-order tensors can either be in memory all the time or paged in from secondary storage on-demand at query time, for example, during scoring and ranking phases in a multiphased retrieval and ranking pipeline. In any case, the data is persisted and stored for durability and data re-balancing.

Storing the original vector representation on disk using the paged attribute option enables phased retrieval and ranking close to the data. First, one can use the compact in-memory binary code for the coarse level search to efficiently find a limited number of candidates. Then, the pruned candidates from the coarse search can be re-scored and re-ranked using a more advanced scoring function using the original document and query representation. Once a document is retrieved and exposed to the ranking phases, one can also use more sophisticated scoring models, for example using Vespa’s support for evaluating ONNX models. 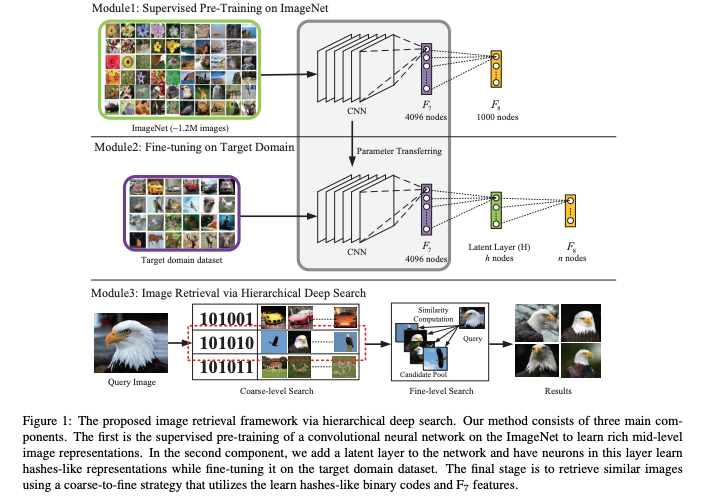 In addition, co-locating both the coarse and fine representation avoid data consistency and synchronizations issues between different data stores.

Using Vespa’s nearest neighbor search query operator, one can search for the semantically similar documents using the hamming distance metric. The following example uses the exact version and does not use the approximate version using Vespa’s HNSW indexing support. The next blog post in this series will compare exact with approximate search. The following Vespa document schema defines two Vespa ranking profiles:

The observant reader might have noticed the num-threads-per-search ranking profile setting. This setting allows parallelizing the search and ranking using multiple CPU threads, reducing the overall serving latency at the cost of increased CPU usage per query. This allows better use of multicore CPU architectures.

A sample JSON POST query is given below, searching for the 10 nearest neighbors of a binary coded query vector query(q_binary_code):

Similar, using the fine-ranking we can also pass the original query vector representation which might be used in the second phased ranking expression.

See also this blog post for more examples of combining the nearest neighbor query operator with filters. An example of filtering on a bool field type is given below.

In the above query examples we use the short dense (indexed) tensor input format. Note that query input tensors do not support the compact hex string representation. The above examples also assumed that an external system would do the binarization. Vespa also supports importing ONNX models so that the binarization could be performed in the Vespa stateless cluster before searching the content cluster(s), see stateless model evaluation for examples and discussion.

The focus of the next post will be to demonstrate some of the mentioned trade-offs from the introduction:

Stay tuned for the next blog post in this series!