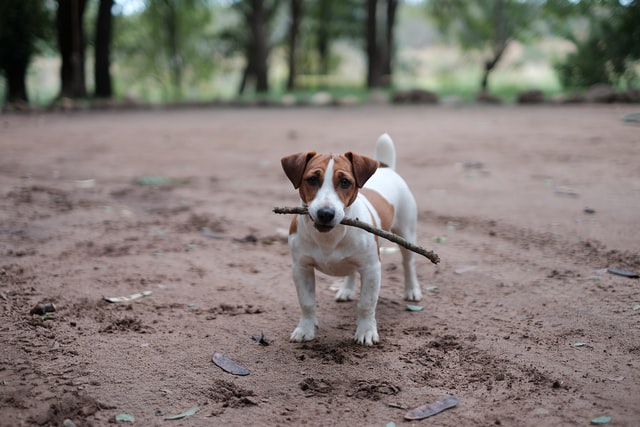 Photo by Rob Fuller on Unsplash

In this blog series we demonstrate how to represent transformer models in a multiphase retrieval and ranking pipeline using Vespa.ai. We also evaluate these models on the largest Information Retrieval relevance dataset, namely the MS Marco Passage ranking dataset. We demonstrate how to achieve close to state of the art ranking using miniature transformer models with just 22M parameters, beating large ensemble models with billions of parameters.

In the first post in this series we introduced using pre-trained models for ranking. In this second post we study efficient candidate retrievers which can be used to efficiently find candidate documents which are re-ranked using more advanced models.

Due to computational complexity of cross interaction transformer models there has been renewed interest in multiphase retrieval and ranking. In a multiphased retrieval and ranking pipeline, the first phase retrieves candidate documents using a cost efficient retrieval method and the more computationally complex cross-attention or late interaction model inference is limited to the top ranking documents from the first phase.

Illustration of a multi-stage retrieval and ranking architecture is given in the figure above. The illustration is from Phased ranking with Vespa. The three phases illustrated in the diagram is per content node, which is retrieving and re-ranking a subset of the total document volume. In addition one can also re-rank the global top scoring documents after the results from the nodes involved in the query are merged to find the global best documents. This step might also involve diversification of the result set before final re-ranking.

Broadly there are two categories of efficient sub-linear retrieval methods

In the next sections we take a deep dive into these two methods and we also evaluate their effectiveness on the MS Marco Passage Ranking relevancy dataset. We also show how these two methods can be combined with Vespa.

Classic information retrieval (IR) relying on lexical matching which has been around since the early days of Information Retrieval. One example of a popular lexical based retrieval scoring function is BM25. Retrieval can be done in sub-linear time using inverted indexes and accelerated by dynamic pruning algorithms like WAND. Dynamic pruning algorithms avoid scoring exhaustively all documents which match at least one of the query terms. In the below Vespa document schema we declare a minimal passage document type which we can use to index the MS Marco Passage ranking dataset introduced in post 1.

We define a text field which we populate with the passage text. The indexing directive controls how the field is handled.The summary means that the text should be returned in the search result page and index specifies that we want to build inverted index data structures for efficient search and matching. We also define a ranking profile with only a single ranking phase using the Vespa bm25(name) text ranking feature, one out of many built in Vespa text matching ranking features.

Once we have indexed our data we can search using the Vespa HTTP POST query api:

If we use the above query to search the MS Marco Passages we end up ranking only 2 passages and the query takes 7 ms. If we change type to any instead of all we end up ranking 7,926,256 passages (89% of the total collection) and the query takes 120 ms. Exact timing depends obviously on HW and number of threads used to evaluate the query but the main point is that brute force matching all documents which contains at least one term is expensive. While restricting to all is too restrictive, failing to recall the relevant documents. So what is the solution to this problem? How can we find the relevant documents without having to fully score almost all passages in the collection?

We have determined that our algorithm significantly reduces the total number of full evaluations by more than 90%, almost without any loss in precision or recall. At the heart of our approach there is an efficient implementation of a new Boolean construct called WAND or Weak AND that might be of independent interest

Vespa implements the WAND as a query operator and the below is an example of how to use it using our query example from above:

Using the above WAND query only fully ranks 2409 passages using the bm25 ranking profile and recall at first positions is the same as with brute force any so we did not loose any accuracy but saved a lot of resources. Using the weakAnd operator, the query takes 12 ms instead of 120ms with brute force any. Using WAND is best implemented using a custom searcher plugin to avoid tokenization outside of Vespa which might introduce asymetric behaviour. For example RetrievalModelSearcher or using weakAnd.replace which rewrites type any queries to using WAND instead.

There are two WAND/WeakAnd implementations in Vespa where in the above example we used weakAnd() which fully integrates with text processing (tokenization and index statistics like IDF(Inverse Document Frequency)). The alternative is wand() where the end user can control the query and document side weights explicitly. The latter wand() operator can be used to implement DeepCT and HDCT: Context-Aware Term Importance Estimation For First Stage Retrieval as Vespa gives the user full control of query and document term weighting without having to bloat the regular index by repeating terms to increase or lower the term frequency. Read more in Using WAND with Vespa.

In this example we use a pre-trained dense retriever model from Huggingface 🤗 sentence-transformers/msmarco-MiniLM-L-6-v3 . The model is based on MiniLM and the output layer has 384 dimensions. The model has just 22.7M trainable parameters and encoding the query using a quantized model takes approximately 8 ms on cpu. The original model uses mean pooling over the last layer of the MiniLM model but we also add a L2 normalization to normalize vectors to unit length (1) so that we can use innerproduct distance metric instead of angular distance metric. This saves computations during the approximate nearest neighbor search.

We expand our passage document type with a dense tensor field mini_document_embedding and a new ranking profile.

The mini_document_embedding tensor is dense (denoted by d0[384]) and is of dimensionality 384 (determined by the Transformer model we use, and possible linear dimension reduction). We use float resolution (4 bytes) for the tensor cell values (valid choices are double, bfloat16 and int8). We also define HNSW index for the field, and we set 2 HNSW indexing parameters which is an accuracy versus performance tradeoff. See HNSW for details. Accuracy is typically measured by recall@k comparing brute force nearest neighbor search versus the approximate nearest neighbor search at level k. The dense ranking profile specifies how we want to rank (or actually re-rank) our documents, in this case we use the closeness ranking feature. Documents close to the query in the embedding space is ranked higher than documents which are far. At indexing time we need to convert the passage text into the dense vector representation and index. At query time, we need to encode the query and use approximate nearest neighbor search:

Representing the bi-encoder model inside Vespa

To represent the bi-encoder query model in Vespa we need to export the Huggingface PyTorch model into ONNX format for efficient serving in Vespa. We include a notebook in this sample application which demonstrates how to transform the model and export it to ONNX format. Vespa supports evaluating ONNX models for ranking and query encoding. To speed up evaluation on CPU we use quantized (int) version. We have demonstrated how to represent query encoders in Dense passage retrieval with nearest neighbor search.

In the above example we combine ANN with WAND using OR disjunction and we have a hybrid ranking profile which can combine using the dense and sparse ranking signals (e.g bm25 and vector distance/closeness). Approximately 10 + 10 documents will be exposed to the first-phase ranking function (depending on targetNumHits). It is then up to the first-phase ranking expression to combine the scores of these two different retrieval methods into a final score. See A Replication Study of Dense Passage Retriever for examples of parameter/weighting. For example it could look something like this:

Using rank() operator will retrieve using the nearest neighbor query operator (first operand to the rank()) but also produce sparse ranking features (e.g bm25) for those documents retrieved by the nearest neighbor search operator. This hybrid retrieval schema is more efficient than using disjunction OR. This could also be turned the other way around using the sparse weakAnd() as the first operand of rank().

The end to end runtime latency (including query encoding for the nearestNeighbor method) is roughly 20ms for the precision oriented run where we use it as a single stage retriever and retrieve 10 hits.

Sparse using WAND/BM25 is a little bit faster (no query encoding) and is at about 15 ms when used as a single stage retriever fetching 10 hits. Fetching 1000 hits to evaluate recall (using e.g trec_eval) with higher number of hits returned takes more time as one needs to transfer more data over the network. This is also an important observation as Vespa evalutes ranking stages inside the content node(s) so we don’t need to transfer data to perform re-ranking in an external serving system. As we can see from the recall metrics, with sparse (bm25) single stage retrieval one needs to fetch 1000 documents to have decent recall for the re-ranker to work on.

We did not perform any HNSW parameter exploration to document vector search recall accuracy (brute force versus approximate) and we also use quantization to speed up query encoding throught the MiniLM model.

In the third post in this series we will look at re-rankers using ColBERT and in the fourth post we will finally add an all-to-all interaction model to the mix.