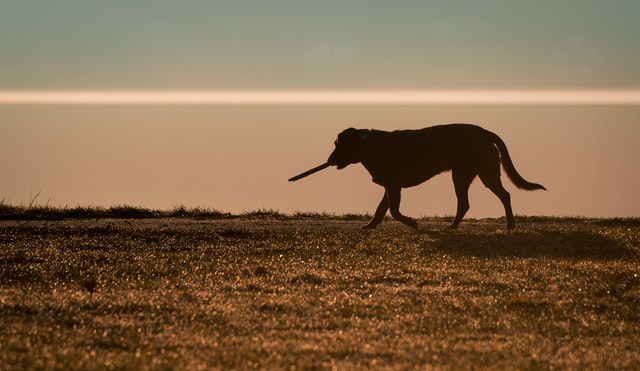 Photo by Frank Busch on Unsplash

In this blog series we demonstrate how to represent transformer models in a multiphase retrieval and ranking pipeline using Vespa.ai. We also evaluate these models on the largest Information Retrieval relevance dataset, namely the MS Marco Passage ranking dataset. We demonstrate how to achieve close to state-of-the-art ranking using miniature transformer models with just 22M parameters, beating large ensemble models with billions of parameters.

In the first post in this series we introduced using pre-trained language models for ranking and three popular methods for using them for text ranking. In the second post we studied efficient retrievers that could be used as the first phase in a multiphase retrieval and ranking pipeline. In this third post we study a re-ranking model which we will deploy as a re-ranker on top of the retriever methods we studied in the previous post, but first let us recap what a multiphase retrieval and ranking pipeline is. In a multiphased retrieval and ranking pipeline, the first phase retrieves candidate documents using a cost-efficient retrieval method and the more computationally complex cross-attention or late interaction model inference is limited to the top ranking documents from the first phase. In this post we will study the Contextualized late interaction over BERT (ColBERT) model and deploy it as a re-ranking phase on top of the dense retriever that we studied in the previous post. The CoLBERT ranking model was introduced in ColBERT: Efficient and Effective Passage Search via Contextualized Late Interaction over BERT by Omar Khattab and Matei Zaharia.

In the previous post in this series we introduced a dense retriever using a bi-encoder architecture over a Transformer model (MiniLM). Both queries and documents were encoded by the bi-encoder and represented in the same dense embedding vector space. We used cosine similarity between the query and the document in this embedding vector space to rank documents for a query, and we could accelerate the retrieval phase using approximate nearest neighbor search using angular distance or innerproduct.

Similar to the single vector bi-encoder model, queries and documents are encoded independently. Hence, the query tokens only attend to other query tokens, and document tokens only attend to other document tokens. This separation enables offline processing of the documents which speeds up re-ranking as at re-reranking time we only need to obtain the query token embeddings and load the precomputed document embeddings from storage (e.g. memory). The ColBERT architecture also uses a query encoder and a document encoder, based on the same Transformer instance. The input to the model is different for queries and documents. The query encoder pads using the BERT mask token to a configurable maximum query length if the query input text is shorter than this max length. The document input is not padded to a fixed length. The padding of masked tokens of the query input is explained in the paper:

We denote the padding with masked tokens as query augmentation, a step that allows BERT to produce query-based embeddings at the positions corresponding to these masks. Query augmentation is intended to serve as a soft, differentiable mechanism for learning to expand queries with new terms or to re-weigh existing terms based on their importance for matching the query

The dimensionality used to represent the output token embedding can be reduced using a dimension reduction layer on top of the last output transformer layer. The original token output dimensionality depends on the Transformer model used, for example, the bert-base model uses 768 dimensions while MiniLM uses 384 dimensions. In the ColBERT paper the authors uses dimension reduction to 128 dimensions from the original hidden size of 768 dimensions. The authors also demonstrate that reducing the dimensionality further to 32 does not impact ranking accuracy significantly. The dimensionality used and the precision used for the vector values matters for both the computational complexity and storage requirements. For example, if we use 32 dimensions with bfloat16 (2 bytes per tensor value) precision, we need to store 32GB of vector data for 9M documents with average 60 tokens per document. While if we use 128 dimensions with float32 (4 bytes) precision, we end up with about 256GB of vector data.

The ColBERT paper introduces the late interaction similarity function which they name Maximum Similarity (MaxSim): For a given query and document pair the MaxSim relevancy score is calculated as follows:

MaxSim illustration from the ColBERT paper

The cosine similarity with unit length vectors can be performed by the inner dot product, and can be HW accelerated using advanced vector instructions.

To represent the ColBERT model architecture in Vespa for re-ranking documents we need:

We expand the Vespa document schema from the previous post and introduce a new mixed Vespa tensor field called dt. We use this tensor to store the computed bag of token embeddings for the document. The mixed tensor (combining sparse dt, and indexed x dimensions) allows storing a dynamic number of token embeddings for the document, depending on the length of the document. We could have used an indexed representation, but that would have used more memory as we would need to determine a max document length.

The new document schema including the new dt ColBERT document tensor is given below:

We also use 32 dimensions for the per token embedding representation instead of 128 to further reduce the memory requirement. The indexing statement specifies attribute which means this field will be stored in-memory and fast-search enables fast uncompressed representation in memory which speeds up evaluation over mixed tensor fields. fast-search is only relevant for mixed tensor type fields.

We can express the MaxSim operator in Vespa by a tensor ranking expression using sum and reduce tensor functions.

We configure the MaxSim operator in a Vespa ranking profile, where we use the dense bi-encoder model as our first-phase ranking function and use the ColBERT MaxSim as the second phase ranking expression. We use re-ranking count of 1000 (per node), this setting can also be controlled by a query time setting, in case we want to explore different re-ranking depths. The ranking profile is given below. In this case, we also cast the bfloat16 tensor values to float to enable HW accelerations in place for operations on float tensors.

To obtain the query(qt) ColBERT tensor we need to encode the text query input using the ColBERT query encoder.

We have trained a ColBERT model using a 6-layer MiniLM model which can be downloaded from Huggingface model hub. This model only have 22.7M trainable parameters. This model can be served with Vespa using ONNX format. We also have included a notebook which demonstrates how to export the PyTorch transformer model to ONNX format and also use quantization to further speed up the evaluation. Quantization (using int8) weights instead of float speeds up evaluation of the model by 3x. See Google colab notebook.

The query encoder is represented in a query document type which has no fields. It’s a placeholder to be able to represent the ONNX model, and we use a single empty document so that we can invoke the Vespa ranking framework to evaluate the ONNX model.

Tokenization and tensor input (input_ids and attention_mask) is generated using a custom searcher which maps the query text to BERT token ids and creates the ColBERT masked query input. See ColBERTSearcher for details. This searcher produces the mentioned query(qt) tensor which is used by the MaxSim ranking expression. We use the ColBERT repo’s indexing routine to produce the document token embeddings, and we also publish a pre-processed dataset with all 8.8M passages including both the mini_document_embedding and ColBERT tensor fields. See MS Marco Passage Ranking using Transformers vespa sample application.

We evaluate the ranking effectiveness of the ColBERT model deployed as a re-ranking step on top of the dense retriever introduced in the previous post. We use MS Marco Passage Ranking dev query split (6980 queries):

The Recall@1000 does not change as the model is used to re-rank the top 1K hits from the dense retriever. The Recall@100 and Recall@200 metrics improve with the ColBERT re-ranking step and MRR@10 improves from 0.310 to 0.359.
The end-to-end latency, including query encoding of the dense retriever model, ColBERT query encoding, retrieval with nearest neighbor search (with targetHits=1000) and re-ranking with ColBERT is just 39 ms. Reducing the nearest neighbor search targetHits, and also the re-ranking depth of the ColBERT model can be used to trade accuracy versus cost.

In this blog post we have demonstrated how to represent the ColBERT model as a re-ranking phase over a dense retriever using Vespa core capabilities: