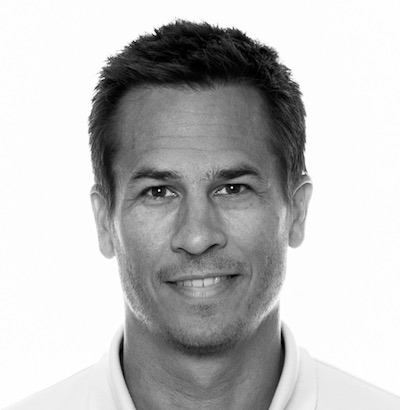 Introducing NLP with Transformers on Vespa 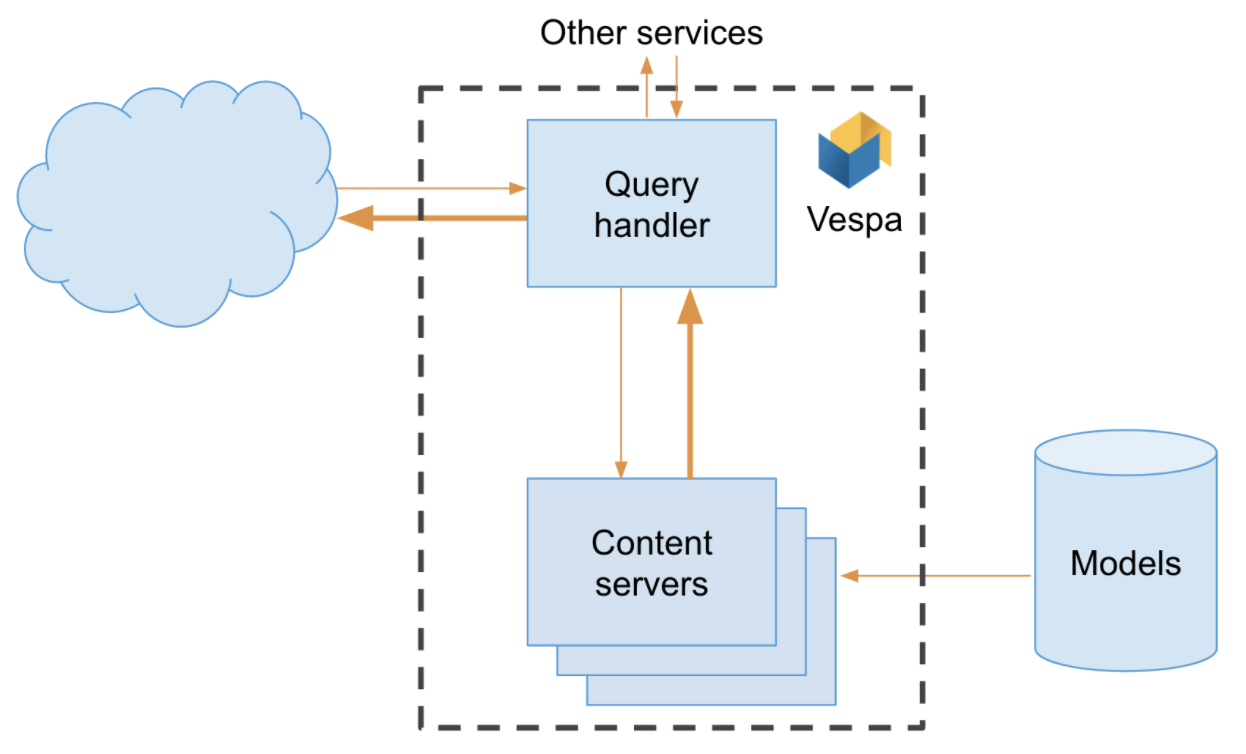 It really isn’t an exaggeration to claim that the field of NLP has been revolutionized in the last year or so by the introduction of the Transformer and related models such as the Bidirectional Encoder Representations from Transformers (BERT). Indeed, BERT has since it’s release dominated various leaderboards on NLP related tasks such as MS MARCO. Extending beyond research, a growing number of companies have shown considerable interest in adopting these models for production.

One of the reasons for this is the ease of getting started. This is in large part due to Hugging Face and it’s open-source Transformers library. With this library it’s easy to start with any of the thousand or so pretrained base models, and fine-tune it to a specific task such as text classification, translation, summarization, text generation or question/answering. This is an attractive proposition considering that some of these base models are immense, requiring huge amounts of data and computational resources to train. The cost of training can sometimes run into the millions of dollars. In contrast, taking a base model and fine-tuning it requires much less effort, making powerful NLP capabilities available to a larger community.

Recently it has also become easier to deploy and serve these models in production. The Transformers library has added functionality to export models to ONNX, allowing for greater flexibility in model serving since this is largely independent from whether or not the model was trained on Tensorflow or PyTorch. We’ve been working a lot lately on being able to evaluate Transformer models in Vespa, so in this blog post we thought we would share a bit on how we perceive the benefits of inference on Vespa, show how to use a transformer model in ranking with a small sample application, and discuss future directions we are working toward.

A common approach to serve machine learned models in general is to set up a model server and call out to this service from somewhere in your serving stack. This is fine for tasks that evaluate a single data point for each query, for instance classification, text generation or translation. However, for certain application types such as search and recommendation this can become a scalability bottleneck, as these applications need to evaluate the model with a potentially large number of items. One can quickly reach network saturation due to the multiplicative effect of number of queries per second, data points per query, and representation size. 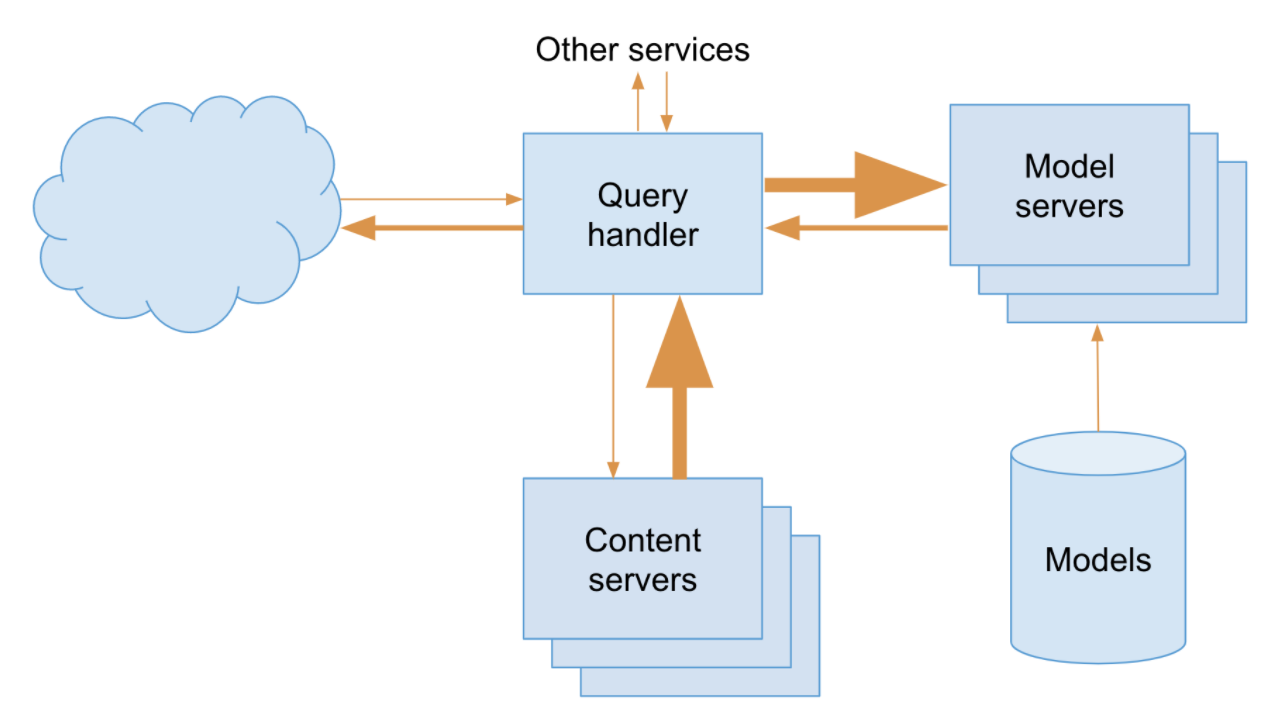 One of the guiding principles in Vespa is to move the computation to the data rather than the other way around. Vespa is a distributed application that consists of a set of stateless nodes and a set of stateful content nodes which contains the data. A query is first processed on the stateless layer before being fanned out to the content nodes. The content nodes handle data-dependent computation and each return their results back to the stateless layer where the globally best results are determined.

So when deploying a Vespa application, the machine learned models are automatically deployed to all content nodes, and evaluated there for each query. This alleviates the cost of query time data transportation. Also, as Vespa takes care of distributing data to all content nodes and redistributing elastically, one can scale up computationally by adding more content nodes thus distributing computation as well. Additionally, this reduces system complexity as there are fewer production services to maintain. This last point is something which one should not discount.

One of the really unique features of Vespa is the flexibility one has to combine results from various features and string models together. For instance, one could use a small, fast model in an early phase, and a more complex and computationally expensive model that only runs on the most promising candidates. From a text search perspective that could be BM25 combined with a Transformer model. For instance:

This is an example of how to instruct Vespa to calculate the BM25 score as a first stage and send the top 10 candidates to the BERT model. Note that this is per content node, so with 10 content nodes, the BERT model is running effectively on 100 data points.

Evaluation of models from different platforms such as Tensorflow, PyTorch, XGBoost and LightGBM can be freely combined as well, even within the same expression. To efficiently search for potential candidates one can use WAND. Recently we’ve also added approximate nearest neighbors, giving the option of a highly performant nearest neighbor search which can naturally be based on textual representation as well.

In summary, Vespa offers ease of deployment, flexibility in combining many types of models and computations out of the box without any plugins or extensions, efficient evaluation without moving data around and a less complex system to maintain. This makes Vespa an attractive platform.

For a taste of how to use Transformer models with Vespa we’ve added a small sample application: https://github.com/vespa-engine/sample-apps/tree/master/transformers. In this sample app we use the MS MARCO dataset which combines both queries, content and relevance judgements. For the purposes of this sample, we won’t fine-tune the model and will just use the base model as-is. Our goal is to set up a Vespa application that indexes the documents and scores content based on a BM25 stage followed by a Transformer stage. The sample app contains a README that goes through all the steps, but here we’ll discuss some of the highlights.

One decision that needs to be made is which Transformer model to use. It’s worth mentioning that large models have a significant computational cost which has a direct impact on performance and the scalability of the application. So to keep latency down we use a fairly small model (“nboost/pt-tinybert-msmarco”) for this sample application. We download and export the model to ONNX using the Transformers library. Our export script builds upon the official convert_graph_to_onnx.py rather than using it directly because we want to use the equivalent of the Transformer AutoModelForSequenceClassification, and the official export script does not export the additional tensors required for the linear transformation on top of the base model. The script puts the exported model into the “models” directory of the Vespa application package where it will ultimately be imported and distributed automatically to all content nodes.

We also need to create the data feed. As part of evaluating any Transformer model, text needs to be tokenized. The tokenizer is part of the model as the model is dependent upon stable tokenization during both training and inference. For the purposes of this sample app, we have not implemented a tokenizer in Vespa, meaning that we handle tokenization outside of Vespa. So in the conversion of MS MARCO data to a Vespa feed, we also use the model’s tokenizer to generate tokens for each piece of content. This means that when querying Vespa, we currently need to send in the tokenized representation of the query as well. In a follow-up post we will show how to port a tokenizer and use that during document and query processing in Vespa.

Putting these together, we need to decide which fields to index for each piece of content as well as how to compute each result. This means defining a document schema which includes setting up expressions for how candidates for retrieval should be calculated. The fields we set up for this sample application are:

The id, title, url and body fields come directly from MS MARCO. The tokens field stores the token sequence from the tokenizer mentioned above. Note that we’ve decided upon a sequence length of 128 here to keep sizes small. The cost of evaluating Transformer type models is generally quadratic in relation to the sequence length, so keeping them short has significant gains in performance. This means that we only store the first 128 tokens for each document. The documents in MS MARCO are significantly larger than that however, and a common way of handling that is to instead index up each paragraph, or perhaps even each sentence, for every document. However, we have not done that explicitly in this application.

We also need to define how to compute each result. Evaluating the model is fairly easy in Vespa:

The first-phase expression tells Vespa to calculate the BM25 score of the query against the title and body fields. We use this as a first pass to avoid evaluating the model on every document. The second-phase instructs Vespa to evaluate "rankmodel.onnx" (the one exported from the Transformers library) and calculate "output_1" with the top 10 candidates from the previous stage. Note that this isn’t the actual expressions used in the sample app where the output from the model is sent through a linear transformation for sequence classification.

Most transformer models have three inputs: input_ids, token_type_ids and an attention_mask. The first is the token sequence for input and in this case is the combined sequence of tokens from both the query and document. When Vespa imports the model it looks for functions with the same names as the inputs to the model. So a simplified version of the input_ids function can be as follows:

This constructs the input tensor (of size 1x128) by extracting tokens from the query or the document based on the dimension iterators. The values input_length and document_length are themselves functions that return lengths of the input and document respectively. Note that this function in the actual sample app is a bit more complex to cater for documents shorter than 128 tokens. After input_ids is calculated, it is fairly trivial to find the other two.

One consideration is that Vespa evaluates the model once per candidate. This means that the latency is directly proportional to the number of candidates to evaluate the model on. The default number of threads per query is set to 1, but this is easily tuned. This allows for lower latency when evaluating multiple candidates. Note that using a larger number of threads per query might have a negative impact when handling many queries in parallel, so this is something that must be tuned on a per application basis.

So, when it comes to setting up Vespa, that is basically it. In summary:

After feeding the documents to Vespa, we are ready to query. We use the queries in MS MARCO and tokenize them using the same tokenizer as the input, resulting in a query looking something like this:

Here, the YQL statement sets up an OR query for “what are turtle beans”. This means Vespa will match all documents that have at least one occurrence of each of these terms, and rank them according to their BM25 score. The ranking.features.query(input) defines an input tensor that represents the token sequence of this sentence, in this case [2054, 2024, 13170, 13435]. Both these input parameters are url-encoded. For this query, the top rated result (aptly titled “What are Turtle Beans”) receives a positive class probability from this model of 0.92. This value represents how well the document relates to the query.

As mentioned previously, we’ve held tokenization outside of Vespa for the purposes of this post, but we will follow up with another post where we implement this within Vespa, so that only the textual content of each document and query is passed to Vespa.

In this post we’ve showcased some of the work we’ve done recently on supporting Transformer type models in Vespa. We still have work to do going forward. One is to continually work to increase performance. Another is to support a growing number of model types, as there are limits to what we support today. Also we want to add additional convenience features to make it even easier to deploy and evaluate models efficiently on Vespa.

Please check out the sample application and let us know what you think!